Do you love horror movies? We are sure you must be tired of putting all the movies in your watchlist and getting disappointed! But we’ve got a curated handmade list right for you and we’re sure this is worth putting in your list. Wait no more and read on to know more. Let us see more of the best cursed horror movies of all time!

We know this list has to be cut down right here but worry no more, we are getting another one made. Meanwhile, go through them and let us know the best one you liked! Already watched some? How about telling us your reviews on them? Have this sneak peek on the best cursed horror movies of all time list curated by The Blogger Monks!

This movie released on June 4, 1982. Tobe Hooper directed the movie and Steven Spielberg is the co-writer. It has 3 parts. the second part released on May 23, 1986, Brian Gibson was the director. Gary Sherman directed the third part and released it on June 10, 1988. The whole trilogy revolves around the story of a middle-class Freeling family.

The Freeling’s family consists of Steve, Diane, Dana, Robbie, and Carol Anne as the characters in the film. In this film, Steve’s(which was played by Craig T.Nelson) daughter Carol Anne is attacked and abducted by the ghosts which are present in her bedroom closet. And, these ghosts are under the control of the demon named “Beast”. The trilogy revolves around saving Carol Anne from all the demonic characters.

True story of the Poltergeist movie

While the film was a huge success at the box office, there were many mysterious incidents that took place during the shooting and after the release of the film. Heather O’Rourke who played the character of Carol Anne Freeling was misdiagnosed when she was suffering from Ghon’s disease in 1987 and she fell ill.

Later she died during the operation of her bowel. Also, Dominique Dunne, who played the character of dana Freeling, was murdered by her boyfriend in the month of November of 1982. The others were Julian Beck and Will Sampson who was a part of that film who died due to medical problems similar to O’Rourke.

The film released in 1973. The story is about a girl who was possessed by a demon. And, this flick was directed by William Friedkin and was based on a novel of William Blatty’s. Actually, the story was based on the real-life incident of a boy.

True story behind the exorcist movie

When Blatty decided to write that story, the boy’s family requested to not reveal the child’s identity. Then, Blatty writes the story by replacing the boy with a girl. This film, although, became the most horrifying one, turned out to be a cursed one.

During the shooting, the set caught fire, and the actor’s Jack MacGowran and Vasiliki Maliaros who acted in the film died while the film was still not completed, and the coincidence was that the characters which they play in the film die as well.

And, also they were so many accidents like the injury of the actress Ellen Burstyn which occurred during the filming. Everyone believes that the film was really cursed and that film can invite demons. Even while watching the film, the audience used to hear sounds of demons from outside the film, and also one woman broke her jaw by falling as she began to come out of the theatre as she was frightened of seeing the film.

She also filed a case against the directors but the case was cloudy for an amount.

This movie released in 1968. So, after the movie’s release, there were many stories and bad omens associated with it. Read on to know more in this one of the best cursed horror movies of all time.

The producer William castle was threatened by the people through letters describing that he was a believer of witchcraft and he should rot to death. Soon, after the movie’s release, he suffered from many health issues, which made him believe that the movie was cursed.

And, also the musician polish jazz and composer named Komeda both died in April 1969 after being in a coma. The people were really frustrated and frightened about the movie as it was based on black magic and witchcraft.

The flick released on 2nd August 2013. This movie is about a haunted house and the family which lived there. Based on real-life ghost hunters named Ed and Lorraine Warren.

True story behind the conjuring

Inspired by their work on the Perron family farmhouse, James wan directed this film.and, during the movie, the crew heard strange really cries and voices that they even brought priests during the shooting to protect the film and crew from ghosts and demons.

During the shooting, the star, Vera Farminga, who played the role of Lorraine warren saw strange claw marks on her computer.

The Exorcism of Emily Rose

The Exorcism of Emily Rose released in 2005. It’s a story about a girl’s death and the court trials on her death. During the shooting of this film, the actress Jennifer carpet who acted in this film as Anneliese Michael.

The character that will die in the film, told that her radio used to turn on and off itself so many times during the shooting and once it also made a voice like “pearl jam’s alive”. And, the other actress also said that she too encountered the same thing with her TV.

This movie hit theatres in 2012. It’s based on a dibbuk box i.e. a box that contains evil. Where dibbuk means a demon that finds refuge in living people.

True story of the Possession movie

This cinema was based on a part of Jewish culture. While still in making, the actors used to be so frightened and they used to hear strange voices and experienced strange things.

This movie released in 1976 and Richard Donners directed it. This film resulted in many deaths.

True story behind The Omen

Most of the main actors and actresses were involved in a car crash along with the director. And, also the hotel of Richard Donner was bombed by the IRA. Several animal handlers and caretakers were killed and injured due to this film. In this way, the film is responsible for many deaths. Thus, this is named as one of the best cursed horror movies of all time.

Amityville released in 1979. It’s based on a true story and follows the same course as other cursed films in this article. This story runs on the paranormal experiences of the Lutz family. It seems like a normal horror story. Many believe it is cursed.

The crew believed and told the media that the ghost aura which was a character in the film was really pervaded in the sets. But, all the media and publicly claimed that it’s just a story and a drama that the crew was spinning up. After the true story happened, Ronald Dcfreo jr killed six of his family members in the same house. After 4 years of that incident in 1979, the filming started.

These movies either led to the death of the viewers or the actors or actresses who had acted in those films or the other crew members. Moreover, just strange events are a sign that the above movies were cursed or based on some topics that were probably best left untouched. What do you feel about these best cursed horror movies of all time? Let us know in the comment section below! 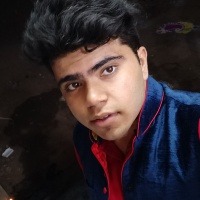 I am a thinker who also does,
A ripple that wants to reverberate through the fabric of time.
A thought that wants to create an impression.
Besides this, I am an engineer who is inclined towards marketing.

Product Branding- All you need to know about it