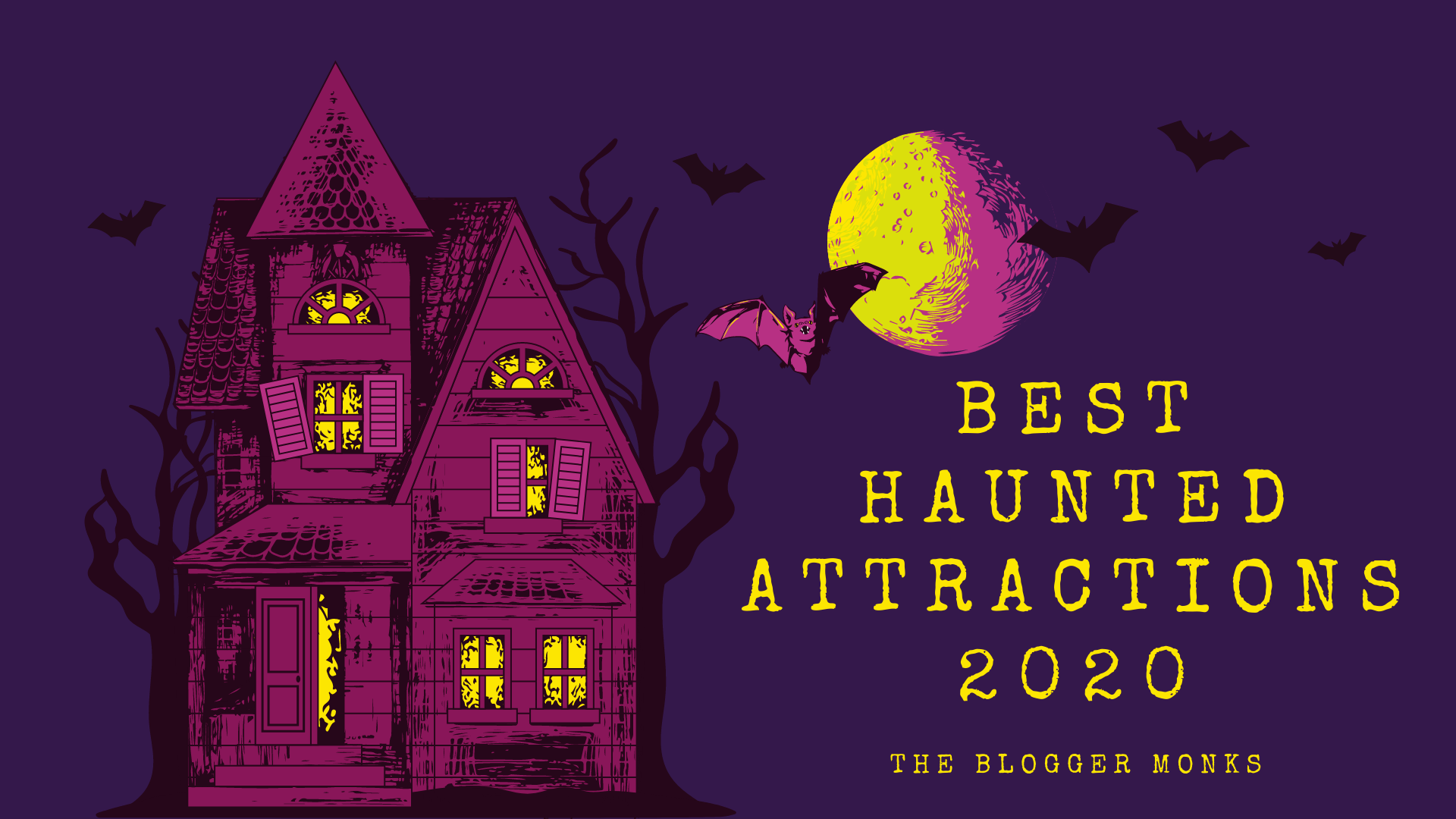 40Comments 17Likes Dhairyasheel Nikam
ShareTrx_addons_twitterTrx_addons_facebookGoogle+E-mail
The pandemic has forced us all to stay at home, but this had led to a lot of discussions on the best haunted attractions 2020 and legends among the families. Have you and your families had a talked like that? If you’re planning to have a conversation of the best haunted attractions 2020, then make sure your share is of high impact.

Today, this article will talk about the most haunted places of India and South Korea. It is the Bhangarh Fort located in the Rajasthan state of India at the first place. Later we’ll also know about the true story of the Gonjiam, a haunted asylum. Does it sound spooky enough? If yes, then read on to know more the best haunted attractions 2020.

Located in the Aravali range of Alwar district in Rajasthan, Bangarh fort was built by Raja Bhagwanth Das for his son Madho Singh in the 17th century. Madho Singh had a brother named Man Singh, while his son was named “Chatr Singh”. Chatr Singh won many wars alongside his father and uncle. His uncle Man Singh, was Akbar’s general and served as one of the Navratnas at his Palace. Chatr Singh had a son and a daughter. His son Ajab Singh built the fort “Ajabgarh”. After the death of Raja Bhagwanth Das, Madho Singh became the king, and his son succeeded him.

The Bangarh fort contains five gates. Namely, the Main Gate, Lahore Gate, Ajmeri Gate, Phulbari Gate and the Delhi gate. At its entrance, one can witness the Lord Hanuman and Gopinath temples. As we move further, many Hindu temples make their place. Furthermore, there are many Havelis and palaces in the fort. One can easily spot the dancers palace called “Nachan ki Haveli” and a market named “Jauhar Bazaar” in there. There are a huge number of eye-catching and beautiful rock carvings and sculptures present in the fort.

Being ranked as the most haunted place in India, by the Archeological Survey of India (ASI), the Bangarh Palace strictly prohibits people from entering it before sunrise and after sunset.

The real story of Bhangarh fort:

Two legend stories are present in this fort and its surroundings. This is the most talked about by the locals and the residents of the Rajasthan.

There used to be a saint named “Balu Nath” who used to live within the fort land. One day, on being asked for the permission on extending the fort construction, he warned the authorities to do so but laid the condition that the fort should under no case, cast a shadow on his house. Unfortunately, during the winters, when the sun downed a little, it resulted in the formation of long shadows that hit the saint’s house. This frustrated the saint, and he cursed the fort and the nearby villagers, that if anyone built a roof, then that house would be destroyed. And, as the talks buzz, even today the homes with a roof construction continue to get destroyed with no reason.

Chatr Singh had a daughter named “Ratnavati”. She was so beautiful that anyone who saw her would fall in for her. As the days passed, the news of her beauty spread across the country. Many kings came to marry her, but she rejected every one. One day, a wizard who was obsessed with black magic and witchcraft, fell in love with her. But, he oversaw that the princess won’t marry him so easily. Hence, he made a wicked plan.

One day, when the princesses maid came to the market place to buy perfume, this wizard gave her a magic potion that had the power to make the princess fall in love with him. On knowing about his wicked plan, the frustrated princess became impatient and threw the magic potion on a big rock, which rolled down and killed the wizard under it. Before he died, he cursed the whole land, that whoever lives in that place would be dead. And, even today, the nearby villages all are inhabitant. It is still believed that the wizard’s spirit comes in search of princess “Ratnavati” every night.

The best time to visit this place is during winter i.e. between November and February. During this time, the place will be filled with crowds of people, especially during weekends and holidays. One can enjoy the view and the architecture of the fort!

Situated in Gwangju, Gonjiam is the third most haunted place in South Korea. Gonjiam was a mental asylum that was closed back in the 1990s. There were many reasons for closing it, but of all, one of the most versed reasons is related to the poor sanitary conditions that were being provided to the people over there. The other one quoted the huge number of deaths that occurred during the last 10 years before its closure.

The reasons for closing:

Many of the sources say that the hospital showed no signs of proper maintenance at all. It was filled with poor sanitary conditions, with understaffing and poor food and with low standard and filthy bathrooms and washrooms. And, as this maintenance requires a lot of money and manpower, and that transferring the patients is an altogether different task, it’s owner left the place without any land links. Owing to these conditions, the asylum was closed in the 1990s and has been abandoned since then.

The localities tell that the asylum was haunted, and stories about mental doctors aroused as well. Everyone said that the doctors those who worked in that asylum were even more psychic than the patients. Also, during the last 10 years, before it’s closure, so many deaths occurred that the entire community was shocked. When the management was questioned about the same, no proper explanation was given. People used to say that, the asylum was haunted, and that those ghosts killed all the patients, doctors and staff members over there. Owing to this, the asylum was closed. Shockingly, many people visit this asylum every year. With the beds, patient records, the white aprons filled with dust in that asylum, the visitors say that the asylum looks as if it was closed in a hurry. Rather it still exists as a ready – to – use asylum.

There is also another legend saying that a mad doctor in that asylum started killing all the patients and staff over there, and finally disappeared.

In March 2018, a Korean Film, with its plot and story based on this asylum, has been released. The film is named as ‘Gonjiam: Haunted Asylum’. The movie is about a crew of YouTube channel makers who decide to go to this asylum and try to telecast the paranormal activities that have been taking place in that asylum. And, it shows the real situations of that asylum. The film was a hit at the box office with a huge success.

When one goes to South Korea, one will surely listen about Gonjiam, the haunted asylum.

As we conclude on the topic of the best haunted attractions 2020, hope you got to know the scary stories of the Bhangarh fort and the Gonjiam fort. Now that, you’ve got about it, we would like yo to rush and arrange a haunted gossip session soon. Be it with your family, cousins, and your friends. We are sure you’ll be blessed with the best haunted gossip night ever.

All about Helen Keller

15 essential skills for success in life: All you need to know