What makes the best personality traits of a good man ?

Do you have what it takes to be a good man? Or are you looking for the personality traits of a good man to date and marry? We have all heard of this term – ‘good man’. While growing up, our elders would tell us that we should grow up to be a good man. Women want to marry a ‘good guy’, even in the olden times, in our scriptures; the concept of a “good man” still prevails. It has been there for quite a long time; however, it varies according to different cultures and times. So, what makes a man good? A good man has certain personality traits that make him stand out of the fellow crowd. Are you a good man, or do you want to be a good man?

Check out our 25 best personality traits of a good man that are a must-have.

A good man is always nice to everyone and treats them in a good manner. You will never see a good man make someone else feel bad or be a jerk towards someone.

You will never see a guy with his arm out of the window, flexing his brand new Rolex sitting in a Lamborghini. A good guy is modest and never tries to boast his achievements or wealth. A good man remains humble regardless of whether he succeeds or fails; regardless of the amount of money that he makes, and is humble to the core.

He never expects the person in front to come and greet him; instead, he starts the conversation himself. He won’t be going round and confusing anymore. He’ll simply express his feelings easily because he means it and he won’t have to frame it to look impressive.

A good man always works hard and gives in his best in every task that he chooses to perform. A good man never slacks off or gives up on anything midway. He is always ready to do what it takes to meet the deadline on time. Also, he is planned, organized, and makes his day fruitful. He wont be messing around and wasting his time. A good man is busy to make his goals turn into reality. Look out for this as one of the personality traits of a good man.

A good man is mature and acts accordingly. He has the ability to put himself in other people’s shoes and then comment from their perspective. Thus, he is selfless and is ready to adjust and compromise his comfort for the benefit of someone else’s fortunate. A good man won’t be kiddish and he’ll not bother to give heeds to criticisms. He knows what he is doing.

A good man never looks at life as a pile of sorrow. Whilst sadness is a part of everyone’s life, a good man is eager to get out of that and is always optimistic about the future. He has a sunny mood which is enough to lighten up everyone in his circle.

A good man remains loyal to his friends and family. He is always ready to help and stands by them regardless of their behaviour towards him. He is known for his loyalty towards his partner. This person never cheats and is committed to the relationships that he holds dear.

A good man has a career and means of livelihood. He has goals that he wants to achieve and craves for success. To add on, he has ambitious plans to achieve for himself and his family.

Moreover, he is never satisfied with his work and tries to do even better. He is optimistic and believes that there is always room for improvement.

A good man never ignores the cries of help irrespective of whosoever comes his way. He does the best within his power to help anyone sincerely. He’ll just be a call away- not just for you but for anyone in need, even if it is his enemy.

In the modern world, moral values are diminishing. With the sole purpose of being rich or successful, people tend to follow ill ways. A good man is not a part of this crowd. In fact, he does everything with values and tries his best to avoid using any unethical or unlawful means.

A good man is well-spoken. He avoids slurs and slang and speaks respectfully. You will never see a good man using curse words or swear words. He is well mannered and does things with a certain grace – a certain elegance; that shines among people. He follows etiquettes and societal norms.

Almost everyone respects superior and powerful people but hardly does anyone regard someone lower down the ladder. Breaking free of this trend, a good man respects everyone equally for their work and dedication and not for their societal status.

Naturally, a good man has a good heart. A good man is kind and has compassion for everyone. He believes that everyone deserves equal justice. Also, he might do charity and help others even if he is not benefiting him. A good man believes in staying kind and doesn’t hold unnecessary grudges is one of the personality traits of a good man.

A good man is the master of his inner self. He has control over his feelings and rarely suffers from emotional outbursts. Also, he can think calmly even in the worst of the situations.

A good man manages all aspects of his life. Even while working hard with his professional work, he still manages to take out time for social life; to hang out with his family and friends. He never ignores one for the sake of others.

A good man is self-confident and is aware of what he is doing and is hence decisive. A good man does not regret his decisions or choices. His confidence makes people trust whatever he says. After all, it’s built on a solid foundation of skills.

A good man is brave in its most sincere sense. He is assertive and is not afraid to stand up for himself or others. Also, he dares to do whatever is right, irrespective of the person in front of him and is never afraid to express his views.

A man is known by the company he keeps. Rarely will a good man be noticed if he is in a bad company. A good man stays with good people or tries to improve them. One of the personality traits of a good man is to identify the company he has. The group that speaks of success, gets success.

No matter how good a man is; if he is addicted to any drugs or gets intoxicated in public or does any other wrongdoings of this sort such as gambling; his life will end up in a downward spiral shall be avoided in their quest to be good.

Knowledge is power and mastering it is an important quality. You must have good general knowledge or the so-called “common sense”. Without sufficient knowledge, you can never help people. Though not hard to find or acquire, knowledge needs a little dedication and hard work.

Health is wealth, and good health is the foremost priority. A good man maintains good hygiene. This makes him look presentable and attractive. Having good physique improves his overall efficiency. It is very crucial to treat your body as a temple and not abuse it.

It is a sad truth that not everything goes as planned. A good man, however, accepts this and goes with the flow. He is hence able to adapt himself in different situations. No matter what the situation is, he is okay with it and tries to make the best of whatever is offered to him. Even if he turns to rags from riches, he’ll turn to accept the situation and work on it instead of crying. Look out for one of these personality traits of a good man.

A good man is deterministic and can pick himself every time he falls. He has both dignity and pride and hence isn’t arrogant. Also, he doesn’t let himself drown in ego and takes criticism positively and never heeds to insults.

This is a very important principle in life. A man even if he knows what to do and when to do, cannot be successful if he doesn’t do it in the right order. Keeping your priorities ordered is of utmost importance.

A good man knows the importance of time and keeps himself occupied in one thing or the other. You will not finding him wasting his or your time. He believes in investment and time is one of his biggest investment.

As we conclude on the topic 25 best personality traits of a good man, remember that society needs good men to go forward and lead. A good man is not only respected but is valued as well. To be honest, being good is a rewarding experience! You have unconditional happiness and satisfaction on your way. It makes you feel contended to a great extent.

What is ‘good’ to do in certain situations may vary according to people or circumstances. There is a possibility of a clash where you are unsure of the right thing to do. In such a case, you can choose to do what seems right to you. Not being good is easy but being good is the most worthwhile way of living. 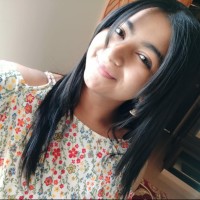 All about Helen Keller

How to choose best niche for blogging?